My profile of Pulitzer finalist & former UNT professor Lee Martin appears in the current Poets & Writers, on the shelves now. Go buy all their copies! Well, you can, but it won't make me any more money. The issue also features twenty up and coming new literary magazines, some great new markets for writers. Also in this issue, the debut of Belarus poet Valzhyna Mort, and a talk with super-agent Nat Sobel.

"Rock Me on the Water" is a great song. I can testify to this as I've been listening to it nonstop for about two hours. The lyrics have a sly gospel theme, and there's a primitivist, southern-style church in my novel, shepherded by probably my favorite character. If Elder Lucy Smith had been alive in 1972, she would have been rocking to Jackson Browne. 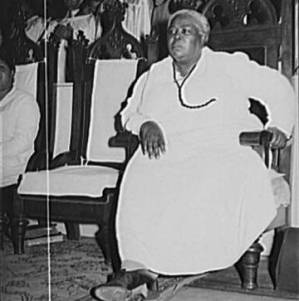 I gifted the song to a friend of mine a few minutes ago. Browne's lyrics, at least on his debut record, Jackson Browne, weren't particularly poetic in terms of fresh or vivid imagery or language, but they sounded great, Browne's wonderful ear made the most of his diction, and they absorbed more meaning than they earned through their juxtaposition with his rich melodies and understated voice and range. Sort of a crooning Rick Bass, if you want.

I listened to The Pretender and Running on Empty a lot in the 90's. These are both among the most important records of the singer-songwriter turn of the late 70's. Of course my copies of those CDs disappeared into the same great, disc-filled void as over half my collection (we used to always blame this one guy we knew, a chronic music borrower, but he was an Axl Rose devotee who wouldn't have been caught dead with Jackson Browne). Now, through the magic of "the internets," I'll buy those records again, and call them records, and talk about the "tunes."
Posted by Amos Magliocco at 3:59 PM

It's a little known fact that the Chicago stockyard fire of May 1934 was started by one of the characters in my novel. True story.
Posted by Amos Magliocco at 2:15 PM

The spring issue of The Missouri Review, which features my essay, "Put on the Petty," along with a cover photo from my storm chase on June 9, 2005, is now available. This is my first published "literary" nonfiction, which describes the aftermath of being struck by a tornado in Tulia, Texas last April, and the loss my close friend and chase partner Eric Nguyen to an illness later in the year.

A curiosity about this issue is that it features an interview with Charles Baxter, adding another chapter to our strange literary path-crossings (of which he is justifiably unaware, I'm sure). It all started in 2001 when Baxter had a story in Oxford Magazine, alongside my first published fiction. At the AWP conference this winter in New York City, I passed Baxter in the hall and on the street so many times, morning, afternoon, and even late at night, that it became a sort of game. I told Lee Martin after the second day of the event that Baxter must have thought I was stalking him, some lunatic fan taking the doppelganger theme of his newest book one step too far. Now, he and I are in the same magazine again. It's all too much. I'm going to read his novel and then ask for the meaning of it all.
Posted by Amos Magliocco at 12:45 PM

I went storm chasing this weekend and have tried to recover my writing routine ever since. Apparently, working on this book is, for me, a little like walking a tightrope above the Grand Canyon. If I stop, I lose my balance and fall, smash against the rocky floor below, die, wait until my rebirth, reintroduce myself to the story and its characters, then haltingly, distractedly, almost unwillingly, resume my former position and pace.
Posted by Amos Magliocco at 2:56 PM

In my spare time, I chase tornadoes. Have for more than 12 years now. Two storm chasing friends of mine, Mike Hollingshead and the late Eric Nguyen, have a coffee table book which was just released from Thames and Hudson called, ADVENTURES IN TORNADO ALLEY: THE STORM CHASERS. A story about the book and its release appeared in today's Daily Mail, and The Drudge Report linked the story. This is amazing exposure. I reviewed a galley of the book and have since bought five copies; I highly recommend it for anyone interested in natural sciences. Mike and Eric are the best storm photographers in the world and these are their greatest hits.
Posted by Amos Magliocco at 12:48 PM